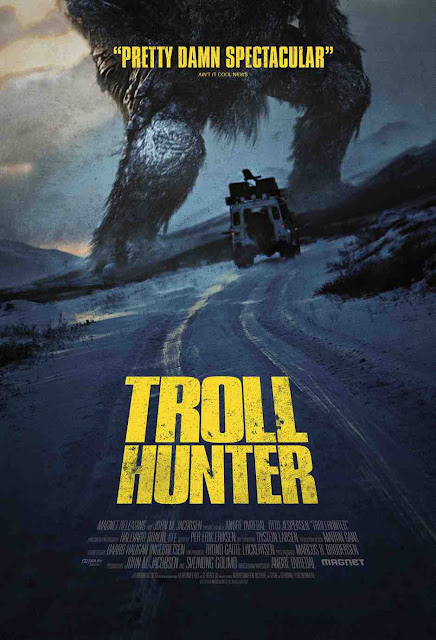 A group of students investigate a series of mysterious bear killings, but learns that there are much more dangerous things going on. They start to follow a mysterious hunter, learning that he is actually a troll hunter...

Trollhunter is made in the form of a mockumentary and it features a mixed cast of relatively unknown actors and well-known Norwegian comedians, including Otto Jespersen. According to director André Øvredal, the team tried to maintain maximum secrecy around the project. They kept both the title and cast secret until shortly before the première; instead dropping cryptic teasers to create a viral effect. Producers Sveinung Golimo and John M. Jacobsen reported great international attention around the film. Already before the première, several American companies had expressed interest in doing a remake.
The day the movie opened in the United States, Deadline.com announced that director Chris Columbus's company, 1492, along with CJ Entertainment & Media had acquired remake rights to the film.
The song “Mjød” by Kvelertak, a six-piece metal band from Stavanger, Norway, appears over the closing credits and at the end of the final credits, there is a notice in English, claiming that:
"No trolls were harmed during the making of this movie" 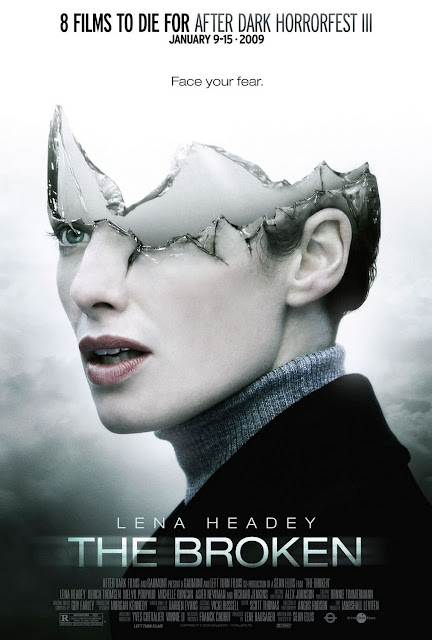 In London, the radiologist Gina McVey organizes a surprise birthday party to her father John McVey with her boyfriend Stefan Chambers, her brother Daniel McVey and his girlfriend Kate Coleman. On the next day, she sees herself driving a car on the street and she follows the woman to her apartment, where she finds a picture of her father and her. While driving back, she has a car crash and loses parts of her memory...

The inventive spelling of the title reads somewhat silly in Norwegian and Danish since the Ø in broken is a letter in the alphabet in these languages and sounds like the "u" in "burden". In addition "brøken" is a Norwegian word meaning "the fraction".
The film premiered on 18 January 2008 as part of the 2008 Sundance Film Festival. It also was the first choice in Horrorfest 2009 and was part of Sitges Film Festival 2008, where Angus Hudson won the award for Best Cinematography.
Sean Ellis is British film director, writer, and producer and he is best known for his film Cashback (2004). For the same film in 2006, he was nominated for an Oscar Award in the category "Best Short Film, Live Action". 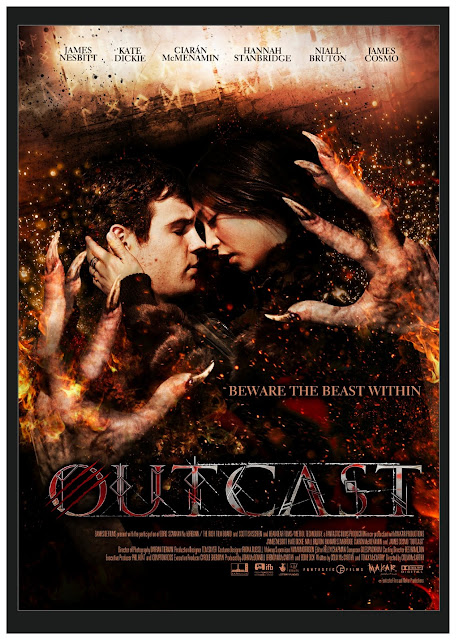 Cathal (Nesbitt) is a killer who is pursuing his former lover Mary (Dickie). Mary, a woman who comes from an ancient and magicalceltic race, and her son Fergal (Bruton), hide in an outlying district of Edinburgh and use magic to protect themselves, but Cathal is determined to outsmart them...

It's all about my love for horror cinema.
All content of this blog is based on my personal taste and limited knowledge.
You will not find here everyday updates or hot news about the film industry. Only films i watched and i think they are worth mentioning.
Various info and text may be copy from Wikipedia, imdb or other sites and not always mentioned.
This blog is non-commercial, no pop-ups or advertisments.
Forgive any mistakes and enjoy.
SUPPORT TRUE INSPIRATION.